Following the horrific Manchester bombing on 22 May, Socialist Party members in the city have been campaigning against terrorism, war, racism and austerity and continuing our general election campaigning

What we saw this week including Southern Fail and the tube strike. 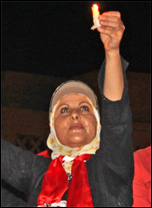