Letters to the Socialist's editors including Suez strife, Blake benefits and tax trouble.

100 year anniversary: "Here we were laughing and chatting to men who, only hours before, we were trying to kill!" These words from an astonished British soldier in World War One (WW1) sum up the incredible story of the 1914 Christmas truce 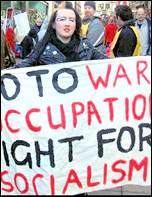 Forty years ago, on Sunday 30 January 1972, members of the Parachute Regiment (the Paras) shot 27 unarmed civilians, (14 of whom died) on a protest through the barricaded Bogside area of Derry in Northern Ireland... 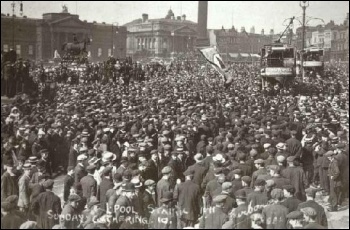 When the press raged about 'mob rule': "Mobs" control British cities. "We are facing an absolute disintegration of society." "Yesterday mob law reigned in London."

"Workers of the world unite": This month commemorates the centenary of the Llanelli Railway Riots in Wales when railway workers participating in a national rail strike, along with the local community, faced the guns and bayonets of Churchill's troops...

TWO THOUSAND Saudi Arabian troops in armoured vehicles crossed over the border into Bahrain on 14 March in order to bolster the beleaguered Sunni ruling class...