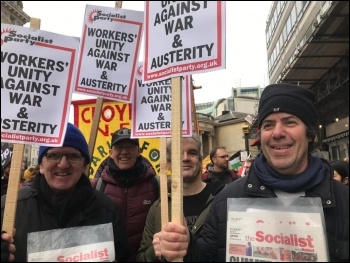 On 11 January, Stop the War called a second demonstration in central London after the recent attacks in Iraq and Iran. While it was not a huge turnout, the march was an opportunity to talk to young people about the workers' action needed to stop war, and socialist ideas to end capitalism.

Overall, despite the fact it was only a small march, we managed to make an impact. The front page of the Socialist paper read: "Climate change. Poverty. War. Capitalism must go. Fight for socialism." We sold 40 copies.