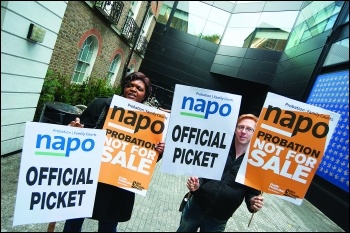 "Should this engagement with the employer not result in an improved offer, formal notice of a trade dispute should be lodged and members balloted on industrial action, including strike action and action short of strike action."

In the last issue of the Socialist I said "probation workers are drawing a line". Now they have. The popular motions at AGM focused on pay, workloads, and conditions. Speeches were filled with anger at the decade of destruction of probation and family court services.