Remarkable art of a contradictory socialist 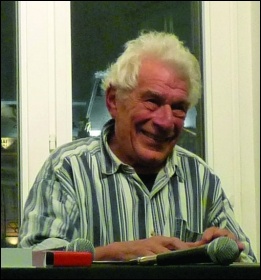 John Berger, who has died aged 90, was one of the most influential arts and cultural critics of the last half-century.

A self-avowed Marxist, Berger made waves in the 1960s with his book 'The Success and Failure of Picasso', about the artist and the effect of capitalist commercialisation on his work. Berger's greatest impact was 'Ways of Seeing', a hugely influential book, and the 1972 TV series for BBC examining visual art.

He argued that Western art tradition since the Renaissance has been intertwined with the interests of the ruling classes and of capitalism. Capitalist social relations meant oil painting served as a status symbol of power and wealth. The depiction of women in art, in particular, was as objects to be possessed.

Berger came across Marxism while studying at art college, and these ideas richly informed his subsequent remarkable body of work, as art critic, novelist, poet, essayist, and writer for stage and film. He won the Booker prize for his novel, 'G', in 1972, and as a protest at the sponsor's origins in the slave trade, gave away half of his prize money to the Black Panthers.

Living for decades in a remote area of the French Alps, Berger wrote sensitively about the marginalisation of rural workers in an age of industrial capitalism, on the disastrous consequences of neoliberalism, and on the Palestinian struggle, among many subjects.

Berger's Marxism was not fully rounded out or linked to a clear socialist programme for the fundamental change of society. He presented some contradictory and confused ideas. He appeared to support Stalinist Russia's crushing of the 1956 Hungarian workers' uprising, but he sided with the 1968 'Prague Spring' revolt.

Not surprisingly, Berger's ideas fell out of fashion with prevailing 'postmodernism' in academia. But he did not renounce his ideals. To the end, he produced a valuable, radical, materialist critique of art.