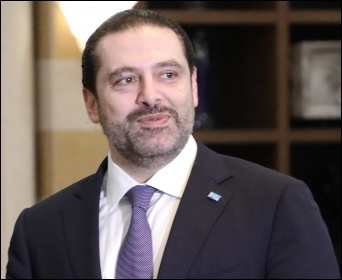 Mass protests have engulfed Beirut and other cities across Lebanon demanding the ousting of the government.

What has driven hundreds of thousands of people into the streets in recent weeks is anger at a political ruling class which has grown rich while the vast majority in the country have seen a collapse in services.

This has been accompanied with a worsening economic crisis that has squeezed wages and wrecked the employment prospects of young people in particular.

Shaken by the scale of the protests prime minister Saad al-Hariri has promised some measures to eliminate "waste and corruption," freeze some taxes and cut MPs salaries. He has blamed his colleagues for stalling reforms.

This is unlikely to pacify protesters demands for the government to resign and for fresh elections. But this poses the question of what party would replace the current regime.

The significance of the protests is that they have cut across the sectarian divides in Lebanese society. In order to build upon that, the protesters must call assemblies to build a movement based on the working class and rural poor to fight for a democratic workers' government.

Such a movement must also develop a programme of ending unemployment, raising wages and investing in public services. That can only be guaranteed by demanding the nationalisation of the commanding heights of the economy.