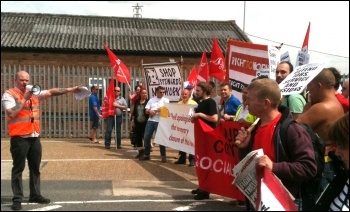 Seventy union members and supporters gathered near the gate, initially to put their case to tanker drivers on their way in. About an hour into the protest the police "allowed" the demonstration to muster in front of the gates for a "photo opportunity".

Their first action was to step up the pressure on the Unite branch chair to ask us to clear the gates, producing a Vopak manager who said we were trespassing - which would allow the police to invoke punitive laws related to aggravated trespass. 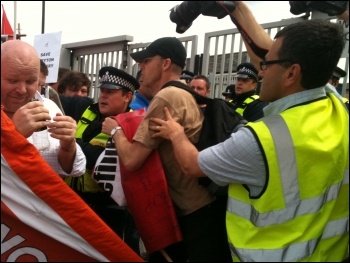 Though we only held the gates for 40 minutes, news has come in that at least one forecourt, the Tesco superstore at Hatfield, ran out of diesel that night - a glimpse of what could be achieved if Unite could deliver effective industrial action at Coryton and solidarity across the industry.