"Hamdok has sold the revolution," chanted protesters in Sudan's capital, Khartoum, after a deal was announced between military leader General Abdel Fattah al-Burhan and Abdalla Hamdok, the ousted civilian leader of the country's 'transitional government'

The Committee for a Workers' International (CWI) livestreamed a rally on 26 September on the critically urgent theme of a 'socialist solution to the capitalist climate catastrophe'.

Fight for a socialist alternative to save humanity: First the good news - it is still possible to avoid a climate apocalypse. And the bad news? It is already too late to avoid climate catastrophe!

The Committee for a Workers' International (CWI) has received from a group of left activists in Kazakhstan known as 'Red Yurt' an account of a vicious attack on a demonstration in Almaty and an appeal for solidarity. 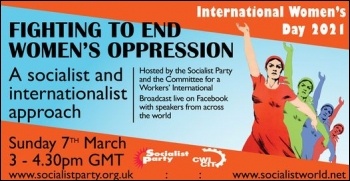