Unison Action increased the left's vote to 29 seats. The Socialist Party increased our numbers on the NEC to seven 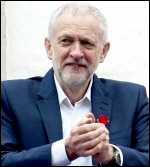 This year's Unison national delegate conference marked a major turning point in the union. On its final day the conference was rocked by the Brexit result and subsequent resignation of Cameron. Many delegates entering the conference on 24 June were either jubilant or confused, but that mood was not matched by the right-wing leadership of Unison.

While member-led initiatives for strike action are thrown in the dustbin, democracy at the very top of the union now has massive question marks hanging over it following the scandal surrounding the recent general secretary election. 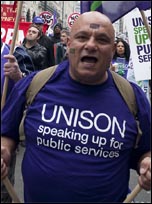 Unison at a crossroads

Industrially and politically, Britain's largest public sector union is under siege from the Tories' relentless austerity agenda. Meanwhile, Unison's right-wing leadership and bureaucracy resort to dirty tricks to hold the struggle back.

The Unison general secretary election, and the union itself, were thrown into disarray last week with the release of a secret recording of a meeting of the London regional staff. In the meeting, held on 21 October, regional secretary Linda Perks can be heard organising staff to campaign for general secretary Dave Prentis.

London ambulances in special measures due to underfunding

London Ambulance Service has become the first in the country to be placed in special measures. Failings have led to the NHS Trust Development Authority taking it over.

Unison members have been leafleting workplaces