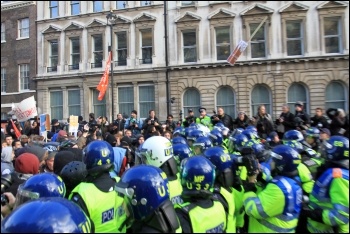 What is happening to the democratic and civil liberties won over generations by working class people? In Britain, governments have used some of the repressive methods of totalitarian states 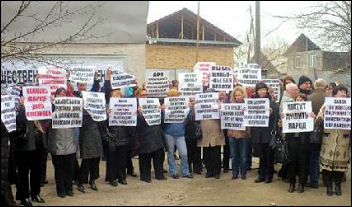 "Kurmanov to be jailed?" is the headline emblazoned on the front page of Vzglyad, a business newspaper in Kazakhstan 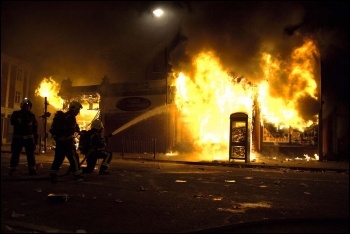 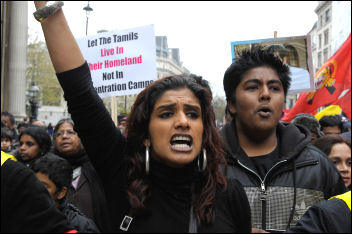 100,000 strong demonstration calling for an end to the war in the north of Sri Lanka , photo Paul Mattsson

How can justice and democratic rights be secured?: A United Nations (UN) report published on 29 April on the final phase of Sri Lanka's civil war in 2009 reveals "credible allegations" of war crimes perpetrated by the ruling regime of president Mahinda Rajapaksa...

The high court has ruled that thousands of peaceful protesters at the G20 summit protest in central London in April 2009 were unlawfully contained - "kettled" - by police... 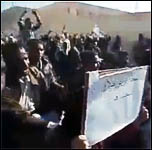 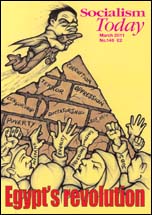 Where now for the Egyptian revolution?

Following hot on the heels of revolutionary events in Tunisia, the Egyptian masses took to the streets during 18 tumultuous days. PETER TAAFFE assesses the current critical situation and possible developments in Socialism Today magazine. 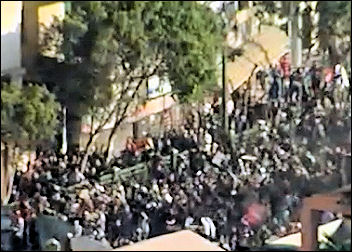 Egypt: protestors battle with Mubarak supporting state thugs for possession of the streets while the army watches

Workers and young people in Britain and across the world are watching events in Egypt closely. The revolt against mass unemployment, grinding poverty and corrupt dictatorship, which started last month... 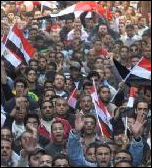 Hundreds of thousands remain on streets defying repression - For an indefinite general strike!
Mubarak's rotten regime is tottering on the brink. Six days of mass protests have grown into a nation-wide revolutionary wave of defiance. 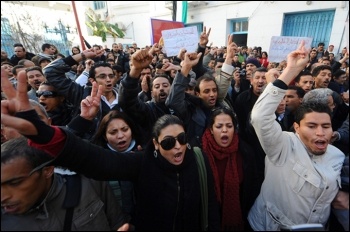 Tunisians defied the repressive forces of the state to overthrow the dictator, president Ben Ali

WIDESPREAD PROTESTS over unemployment, high food prices and a lack of democratic rights has resulted in a popular uprising in Tunisia and the overthrow of its hated dictator, president Zine al-Abidine Ben Ali.
Chahid Gashir, a member of the Committee for a Workers' International (CWI), reports on the uprising, its international impact and what programme is necessary to take the revolution forward. 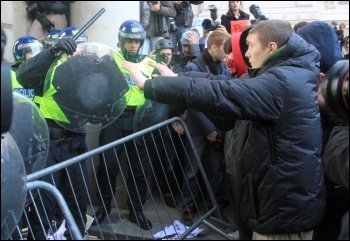 Youth Democratic Rights Campaign: Edward Woollard, the student protester who has admitted dropping a fire extinguisher from the roof of the Tory Party HQ on 10 November 2010, has been handed a 32-month jail sentence, writes Claire Laker Mansfield, Socialist Students.

Ian Pattison, Leeds University Against Cuts press officer and Socialist Students National Chair, was recently told by police that he had 'legal responsibilities' and 'personal liabilities' for a demonstration on 8 December through Leeds city centre... 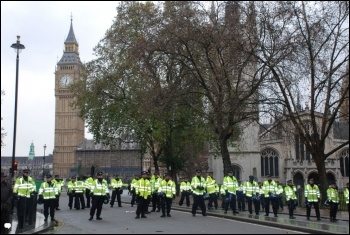 Updated 3.41pm: Peaceful anti-racist protestors and passers-by arrested outside parliament: Twenty people were arrested by the police outside the houses of parliament. They were detained in St James Gardens by the police for no reason, in a clampdown on democratic rights, but have now been released.

According to the BBC, 15 members of cabin crew have been suspended by BA management for allegedly making 'inappropriate' comments about the company on social networking sites...

THE FIRST crown court non-jury criminal trial in England and Wales has begun, marking a serious departure from a fundamental principle of justice, writes Ray Burr.

The guns fall silent - but no peace for Tamils

OVER 70,000 mainly Tamil demonstrators marched through London on 20 June, angered by the continued misery of the Tamil people following the Sri Lankan government's military defeat of the LTTE (Liberation Tigers of Tamil Eelam). 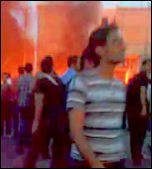 One million protest in Iran

Mass demonstrations have erupted in Iran in protest at the apparent rigging of the presidential elections by the Mahmoud Ahmadinejad regime.

According to reports over one million people have demonstrated in the capital Tehran and over a dozen have been killed in clashes with the police and hated Basij militia. writes Tony Saunois, CWI.