Wonga tosh: You couldn't make it up, but Wonga did when the high interest rate payday lender sent threatening letters from non-existent legal firms to its customers

George joined the Socialist Party around the time I became branch secretary of East London branch in January 2013. He was an upbeat and treasured member of the branch 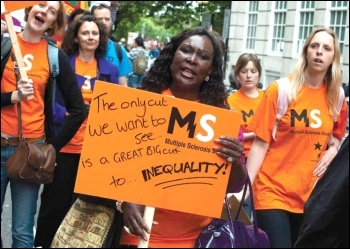 "We must, as a society, face up to the fact that over half of people using foodbanks have been put in that situation by cutbacks to and failures in the benefit system, whether it be payment delays or punitive sanctions." These aren't the words of an opposition politician or an angry protester 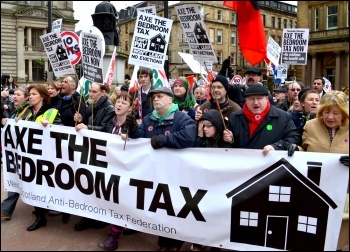 Today - Wednesday 19th February - is a national day of action against Atos, and the Public and Commercial Services union is calling for the demeaning work capability tests to be scrapped, writes From a PCS press release:.

A petition of 1,600 signatures calling for Fleetwood hospital to remain open was handed to Tory MP Eric Ollerenshaw on Friday at the North Euston Hotel in Fleetwood

Protest against Atos 'assessments' on 19 February

Obituary: It's with great sadness I have to announce that Daphne (aka Pat) Cross passed away peacefully on Tuesday 12 November 2013 at 12.30pm 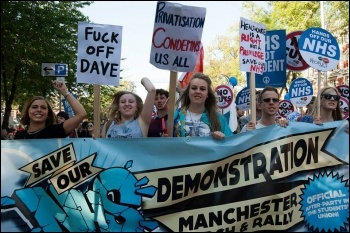 I was part of a successful legal challenge to the Tory-Lib Dem government decision to close the Independent Living Fund (ILF) by April 2015, writes Stuart Bracking.

How civil servants should fight government attacks on welfare

The PCS union has been criticised on Twitter for not fighting attacks on welfare by simply refusing to implement them. John McInally responds.

Campaign to save facilities for disabled children in Salford 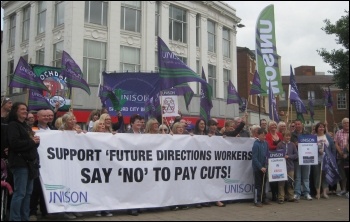