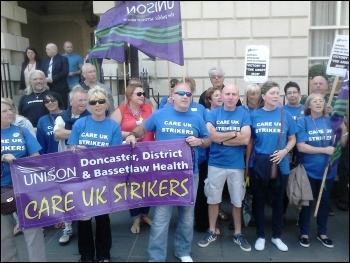 The first phase of Doncaster Care UK workers' battle against 35% pay cuts, which included 34 days of strike action, has drawn to a conclusion

Ritzy Cinema strike: Ritzy Cinema workers in Lambeth from the BECTU union were out on strike for a seventh time last weekend in demand of a living wage from Picturehouse Cinemas 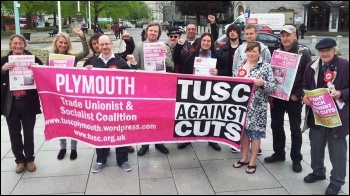 The inspiring Doncaster Care UK workers, having taken 34 days of strike action against pay cuts and NHS privatisation, voted at the end of their last strike on 18 May to take another 14 days of action in June, writes Alistair Tice.

Doncaster Care UK workers have finished a further two weeks of action, taking the total number of strike days to 34

Save our NHS!: As a former committed Labour supporter and ex-Care UK worker I am standing for TUSC in Doncaster in the local elections 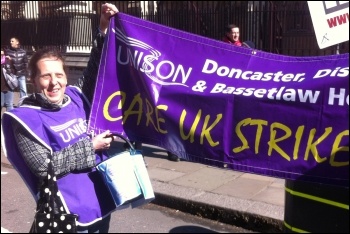 Care UK strikes take their campaign to Parliament, May 2014

Doncaster managers have called the Care UK strikers "The Angry Mob". The Angry Mob have been on tour this week taking their fight against privatisation and pay cuts all over the country

TFL strike: RMT, TSSA and Unite took joint strike action across Transport for London (TfL) for the first time in response to a threatened freeze on pay and pensions

About 50 protesters attended the lobby of Ed Miliband's Doncaster North surgery on 25 April called by TUSC in support of the Care UK strike, writes Alistair Tice. 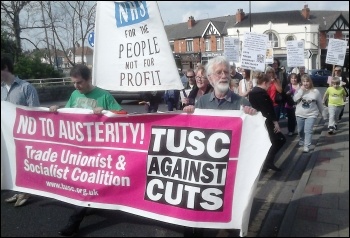 Four days of action over Easter took us to day 20

Why I joined the Socialist Party: I work in the Tesco distribution centre in Doncaster. My wife is a former NHS support worker, now privatised to the employment of Care UK, writes Jason Fawley. 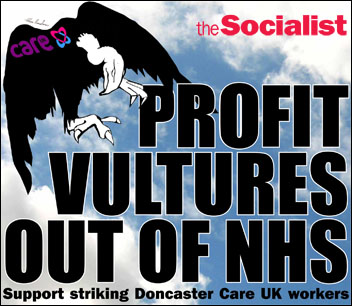 Profit vultures out of NHS

Support striking Doncaster Care UK workers: "I'm proud to say I was born in Edlo. I was a teenager in the miners' strike and I can remember the hardship a lot of people suffered because of it. But I also remember how everyone stuck together 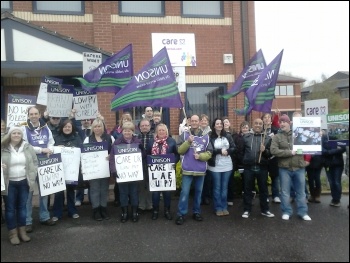