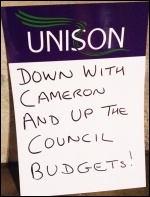 Tax gifts for the rich; new economic crisis looming. Few will have expected much from the government in Wednesday's budget to benefit them. Coordinated action can turn this around.

It's one world for the super-rich, and another one for the rest of us. Bookies make millions from gambling addicts; bankster gamblers still unpunished.

Global financial markets started 2016 with a bang! A reprise of last summer's chaotic falls on China's stock markets triggered panic selling of shares, commodities and currencies around the world

Labour's left and right fault-lines are widening. The Tories face deep splits over Europe - and their savage austerity could yet unleash mass resistance. It's a volatile mix, writes Peter Taaffe, in Socialist Today

As we go to press, Tory Chancellor George Osbourne is due to deliver his autumn budget statement. The Socialist expects the usual tax cuts and freebies bonanza for big business and the rich. But for working class people, it can only be more misery.

Hundreds of steelworkers from across all the steelmaking heartlands of Britain - Wales, Scotland and the north of England - took to the streets of Sheffield on 21 November to demand government action to save the steel industry.