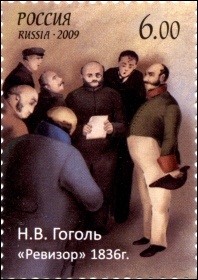 This staging of Nikolai Gogol's 'The Government Inspector' is quite simply the best play I have seen in ten years.

David Harrower's adaptation of the classic comedy of errors is brought to life by mixed-ability theatre company 'Ramps on the Moon'. With great gusto they bring out the wicked satire on the bureaucracy, petty corruption and self-serving verbiage that were among the hallmarks of Tsarist Russia.

However, it is thoroughly applicable to modern times. More and more workers live under the threat of the dreaded inspection from head office, or any of the 'quangos' successive governments have inflicted on the public sector.

And of course, the reaction of modern bosses is very much the same as the hapless Russian managers. At the interval I heard someone declare: "So that's Liverpool City Council, then."

Teachers experience the same from Ofsted; nurses have their inspectors, the NMC and CQC. Even supermarket workers can have a laugh at store managers running around to fix everything before a visit from the regional manager.

The mayor and his colleagues are so panicked that they mistakenly identify a penniless visitor, Khlestakov, as the dreaded Inspector. They shower him with attention, the best food, alcohol, bribes - disguised as 'loans' - and he even ends up engaged to the mayor's daughter.

A classic scene where Khlestakov gives a hysterical drunken speech to the credulous officials, believing his own lies, reminded me very much of vintage Tony Blair. David Carlyle's performance as the mayor is truly outstanding, with echoes of John Cleese and Rick Mayall.

The cast includes actors with various disabilities alongside able-bodied performers. This gives the play an unexpected strength. The whole performance is signed by actors taking part in the action, adding to the physicality of the comedy.

The play is also subtitled for deaf audience members. As some of the actors are profoundly deaf I found this useful to get clarity on some lines - as well as the Russian names!

It is a fantastic achievement - fast paced, very funny, innovative and inclusive. The closest description might be a lost episode of Fawlty Towers - from 1836.