Tories' real goal is yet more welfare spending cuts: A report that one million elderly people in the UK feel neglected and lonely is a "scandal".

Tory health secretary Jeremy Hunt would like to have us believe that he's a hero of the elderly. He has announced plans that will supposedly tackle the scandal of people having to sell their houses

Care arrangements for elderly relatives are now a major issue for families. Here is my experience, writes Pete McNally, Worcester. 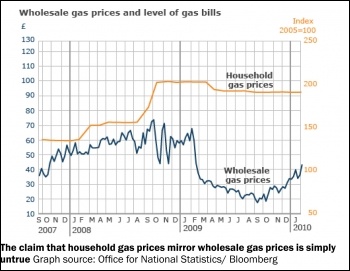 The privately owned gas companies are going to hike up the price of gas and electricity...again!, writes Alec Price. 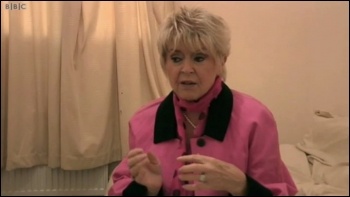 Tories stick the boot in on care funding

The class divide in elderly care

Tory communities minister, Eric Pickles, has called for an "end to the blame game", announcing his new tough approach towards problem families: apparently, its time for people to stop blaming others and accept responsibility for any difficulties they face, writes Sue Powell.

Sheffield City Council is planning to close all of the remaining elderly care homes in the city that are still council owned after years of privatisation of social care, writes Wyllie Hume, Sheffield Socialist Party.

Who cares about home care?

The Con-Dems don't: Two recent reports highlight the plight of the elderly in England and Wales. Firstly, the Office for National Statistics reported 25,700 deaths due to cold weather in 2010/11 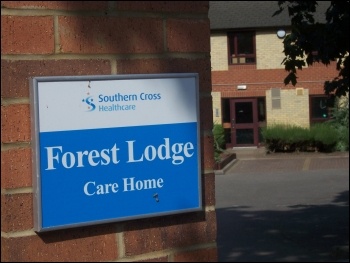 Southern Cross Healthcare is on the brink of collapse. This company provides residential care to 31,000 people and has 44,000 employees

The difference a union makes

An example of the utter inability of capitalism to answer the basic needs of society, and its young people particularly, was provided to me by my own family recently, an east London Socialist Party member writes.

MOST RESEARCH suggests that the general population is living longer. Advances in science and healthcare mean that more conditions are treatable and many people with previously life-threatening conditions...

SCORES OF angry elderly protesters spoiled the ceremony of exchanging mayors at the town hall of Barnet in north London, writes Ron Cohen.

Post office campaign: Changes in the law to break the poor

Life will be made much harder for many elderly and disabled people with the planned closures of around 2,500 post offices across the country this year... By Jon Dale