A statement in Red Lines - the bulletin of Socialist Party members in the RMT transport union - calls for the lifting of the union executive's suspension of Assistant General Secretary Steve Hedley.

A CWI video has been blocked on Facebook in an act of political censorship.

On 30 October, Jack Dorsey, CEO of Twitter, announced in a tweet that Twitter plans "to stop all political advertising" on its platform. His apparent reasoning behind this was his belief that "political message reach should be earned, not bought."

Facebook's release of information scandal raises questions on how social media operate, and the broader implications.

This is an attack on freedom of speech

May gave an interview about Brexit and the EU and on Facebook it was just angry reacts the whole time, writes Find out more and book tickets at socialism2017.net.

What we saw including an appalling Tory attack on the homeless, an NHS tale, refugee solidarity and a train robbery.

The Guardian, house newsletter of the Labour right and hypocritical zero-hour-contract employer, has been trying to attract 'members' again

The junior doctors received a steadfast defence on Sky News on 1 September from the Socialist Party's Rob Williams. And it seems you can vote for whoever you want in the Labour leadership election - as long as it's Owen Smith! 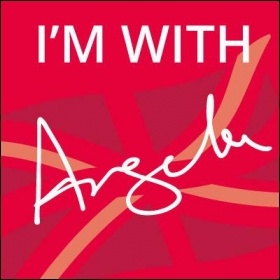 Labour right winger Angela Eagle's bid to topple Jeremy Corbyn did not start well. Press walked out of her launch conference halfway through due to developments in the Tory leadership race. Meanwhile, her Alan Partridge-esque "I'm with Angela" Facebook meme has attracted thousands of comments. Almost every one is some variation of "#ImWithCorbyn". At time of writing, there's over 44,000 of them.

International taxi firm Uber is registered in a tax haven. And Facebook could spend years not paying UK corporation tax, due to £21 million of deferred tax relief.