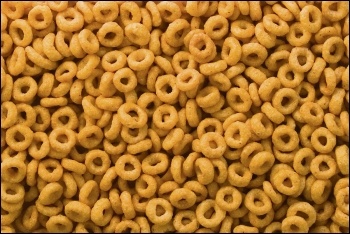 There was a noisy demonstration outside Peterborough's Pioneer Foods site on the Orton Southgate industrial estate for two hours on 11 February. About 25 demonstrators who defied the cold, rain and hail were mainly off-duty Unite members at Pioneer but also some Peterborough Unite Community members and other Unite members.

We held placards explaining the grievance over the company's proposal to vary the previously set monthly pay - so in the future pay would be according to changing shift patterns. This could result in a difference of several hundred pounds in monthly pay, especially for any couples both working for Pioneer. As some of our placards said "Find me a landlord who will allow me to pay a different rent each month!"

We had a sound system with an appropriate medley - You can't get me, I'm part of the union, the Red Flag and the Internationale and so on. This enabled a bit of dancing as an anti-freeze mechanism.

Many commercial vehicles passing tooted in support, including some with international cargo. Other workers on their breaks nearby came to find out about the protest and give support, including the chair of the local Labour Party. The Pioneer Foods Group is a cereal manufacturer with sites in the UK and South Africa and prides itself in its annual reports as having a continuous campaign for efficiency (presumably mainly at the expense of its workforce).

Peterborough has a growing reputation as a low-pay city. Pioneer employs many workers from eastern Europe who have evidently now decided that they need to act collectively if they are to avoid unsustainable pay patterns.