20,000 people rallied in Paris on 2 June to demand #JusticePourAdama, to fight against racism, and in solidarity with the movement in the United States.

For the moment, the strike relies on the workers' determination - we need to discuss demands to generalise the strike, and a political alternative 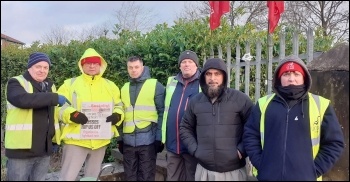 Westex Carpets factory in Cleckheaton, West Yorkshire, have been on strike for two months in a dispute over pay.

After a slowdown over Christmas, it seems the 'gilets jaunes' movement is back in full swing.