The government claims that testing for key workers in the NHS, care and schools is provided.

After a series of strikes and a threat of more to come, management at Ilford County High School has agreed to withdraw its unacceptable proposals

The recent indicative ballot of 82,500 teachers in England in the National Education Union (NEU) saw an overwhelming 85% vote for strike action.

Like Theresa May, general secretary Dave Prentis and his supporters looked like the team who had won but lost

Having called off the strike action and lost the court case, many will be wondering if it's all over for the junior doctors. Will they now be forced onto the new contracts with all that entails for their pay, working lives and the threat to NHS services? 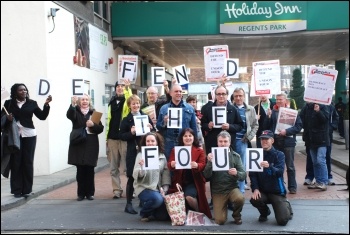 At Unison's 2007 conference, the union's standing orders committee ruled out of order a third of branch motions, including ones questioning union strategies and the union's link with Labour 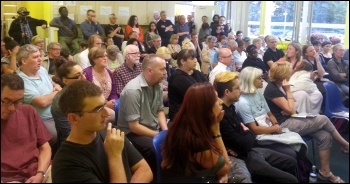 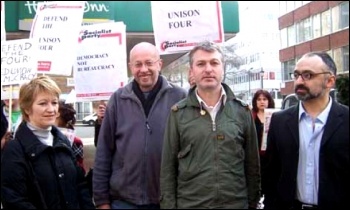 On 9 August, after six tortuous years, an employment tribunal dealing with the Unison leadership's illegal banning of the 'Socialist Party Four' from office issued its judgement as to what compensation Unison would have to pay, writes Glenn Kelly, Unison (personal capacity).