Yes, even the bosses are feeling the pinch! It seems that pay for the chief executives of Britain's biggest companies is down on average by nearly £1 million.

It appears the bosses' wages fell by 17% - to £4.5 million each on average in 2016. While millions of workers are struggling to get by or having to resort to foodbanks!

If ever there was a need to get rid of this rotten capitalist system which goes to benefit these few rich parasites feeding off the backs of workers then it's time to change it and bring socialism centre stage!

Full marks to Jeremy Corbyn for personally backing a rule change that will allow new members to participate in council candidate selection meetings. Previously only those who joined before summer of 2015 were allowed a vote.

Meanwhile the Whingeing Tendency is in full cry. The democratic decision of Wavertree Constituency Labour Party members to elect a general committee of their choice has been greeted with horror by the Blairites.

Yvette Cooper has described the eminently reasonable suggestion for their MP Luciana Berger to "get on board" as an attempt to "intimidate" her. These sensitive souls seem to forget their diatribe of hate and sabotage against JC and calls for many of his supporters to be expelled.

Caroline Flint, apparently suffering from amnesia, joined calls for talk of reselection to be abandoned as a distraction when Labour should be concentrating on fighting the Tories.

Even right-wing BBC hack Andrew Neil reminded her the Blairites had done exactly that after Cameron and co resigned. Instead of attacking the Tories, they turned their fire on their democratically elected leader.

The fantastic reception for JC at Durham and the clear hostility to the Blairites indicate massive support for empowering the members to select candidates of their choice.

Not so long ago, union health and safety reps would know the local Health and Safety Executive (HSE) officer delegated to cover their workplace by sight or by name.

Nowadays we have more chance of seeing a ghost, or communicating with a working brain cell belonging to Donald Trump, than seeing an HSE officer - unless there's been a fatality or close to one.

Certainly since 2010 the idea of an independent HSE has been slowly deteriorating as lurking privatisation sets in. There's a move to run the HSE much the same way as the US runs its health and safety department.

Many companies hide under the guise of 'best practice', especially where health and safety is concerned. Best practice for who?

The worker covertly followed and monitored for time off due to a works accident?

The worker who is visited at home after suffering an injury at work, under the so-called duty of care? More to do with pressurising a person to return to work before it needs to be reported to the HSE.

Workers dismissed for allegedly contributing to their own accident? That's sending a message to others: don't report an accident or we will move heaven and earth to prove you were at fault.

I ask again: where have all the HSE inspectors gone?

Rebel with a Cause, Rotherham 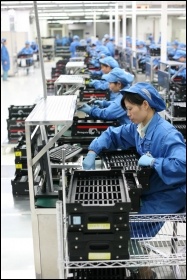 Steve met Ruth at the factory gates when the bell went, as they did five days a week.

"They've got another new machine in," he said.

"Really?" Ruth pulled her lipstick and a mirror out of her bag and began doing up her face as she walked.

"Yep. Fastens rivets, this one. Seems they bring a new machine in every week. Mr Harris is talking about one of these things to scan order forms now. Put another department out of work, I daresay." He sighed.

"Sometimes I wonder how much longer I'm going to have a living. I worked so hard for this job, you know? Since I was 15. It takes skill, working on an assembly line, that's what some people don't seem to realise.

"Well, I don't mind putting the work in, but after all the years I've worked for this company, all the years we've all worked for Mr bloody Harris, they could at least show us some respect. I mean, that's what it's about, isn't it? Respect. 'Cause for all his talk about working environments where everyone feels valued, the minute he can find a machine which can do our jobs, out we go.

"It doesn't matter how hard you work, how clever you are, how much money you spent on degrees and the like, unless you can do what a machine can't - or you know the right people - there just aren't any jobs."

He sighed again. "I don't feel valued in my working environment... Say, you don't seem to care very much."

Ruth lowered her lipstick. "Don't you see? If there are machines to do all the work that needs doing, to keep society going and such, then the only thing standing between us and wealth, plenty, and lives of leisure is... Mr Harris."

A Conservative Gloucestershire county councillor has taken the debate about the Labour vote in the general election to a new level.

Councillor Lynden Stowe, cabinet member for economy, skills and growth, compared the record youth turnout in June to the Hitler Youth. He also likened the Labour Party to the Nazi party, and Jeremy Corbyn to Adolf Hitler.

His comments on social media were in response to Corbyn's speech at Glastonbury. They have since been deleted, although he told a local newspaper he stands by them.