Search site for keywords: Them & Us - US - Prisons - Racist - Workers - Socialist - Cuts 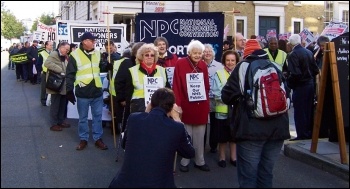