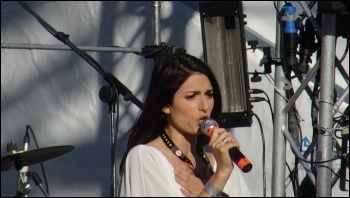 The local and mayoral elections in Italy have exploded the myth of "Renzi the invincible".

The prime minister's Democratic Party (PD) in 2014 bucked the anti-establishment trend by gaining over 40% of the vote in the European elections.

This summer it has been crushed in the capital Rome by the populist 'anti-establishment' Five Star Movement (M5S), whose candidate Virginia Raggi won 67% of the vote to the PD's 32%.

The M5S also routed the PD in its former stronghold of Turin - home to car maker Fiat and historic workers' movements - where Chiara Appendino, took 54.5%.

Overall the PD lost half of its councils while the M5S won 19 out of 20 of the second round run-offs it contested. With six major cities up for grabs this was a mini general election in which the PD won only two - Bologna and Milan - both against a candidate from the right.

Leaving aside the high level of abstention (almost 50%), the M5S was the main beneficiary of a huge anti-Renzi vote. This was fuelled by a weak economy which has been stagnant for almost a decade. There has also been deep disgust at massive corruption involving all the traditional establishment parties.

The "centre-right" also lost. Former Prime Minister Berlusconi's party, Forza Italia, won less than 10% of the vote in many areas.

The left in its various electoral permutations was almost an irrelevance, losing around a third of its vote in the five main cities compared to the last local elections in 2011. These purely opportunist electoral groupings with no real roots in local areas are incapable of filling the political void to the left of the PD.

These elections represent a crucial turning point for the M5S which has undergone a radical make-over, rebranding itself as a respectable, credible political alternative. Its co-founder, comedian Beppe Grillo, has taken a step back.

But, faced with running two major cities, the M5S is about to undergo its toughest test so far. It is one thing to have the mayor of small cities, it is quite another thing to govern the country's capital with its major transport and rubbish collection problems, a debt which is twice its annual budget, and a political system infested with mafia, lobby and vested interests.

Raggi's electoral programme was deliberately vague on details. During her campaign she tried to reassure worried local authority workers and taxi drivers and has said she will try to renegotiate the city's budget and expects "maximum loyalty" from the Renzi government. But what will happen when the central government refuses and insists that public services be cut?

How will Raggi be able to govern for "all Romans" when faced with irreconcilable economic interests and a political system that is rotten to the core?

It's inevitable that the contradictions inherent in a cross-class populist movement like the M5S would at some point explode to the surface.

In Turin, where ControCorrente has a base among the 5,000 workers employed by the local transport company, GTT, we will be fighting to defend the transport workers against any attempts at cuts and privatisation or attacks on working conditions.

In doing so, we will seek to expose the M5S fallacy of representing all "citizens", to bring about a class differentiation and to promote the need for a political party which represents the class interests of workers.