Commenting on the Mirandi bridge collapse in which 43 people died, Resistenze Internazionali (CWI Italy) writes: "This disaster could and should have been avoided."

In January 2014, on the day that Matteo Renzi took office, Contro Corrente wrote that it was the beginning of the end for him

Five Star mayors elected in Rome and Turin: The local and mayoral elections in Italy have exploded the myth of "Renzi the invincible". 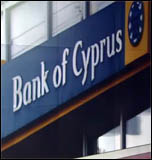 The eurozone crisis has dramatically intensified. Events in Cyprus have blown away the optimism of the European ruling classes in recent months that they had resolved the crisis

Political instability and crisis but also new opportunities ahead: The "Tsunami tour" was the name comedian Beppe Grillo gave to his election meetings which filled piazzas throughout Italy with tens of thousands of 'spectators', writes Chris Thomas, Controcorrente (CWI, Italy).