The Tories and Blairites must go - along with the whole rotten capitalist system which demands war for profit, and the unaccountable, repressive state which defends it

Letters to the editors of the Socialist. Labour's right wingers are the real bullies, not the left; New Labour grandees rewarded by the banks.

The Metropolitan Police have finally apologised to seven women who undercover officers had intimate relationships with under false pretences. 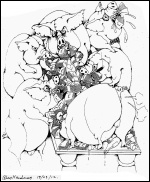 For workers' MPs on a workers' wage: What has changed in the two decades since parliament's first 'cash for questions' scandal? 'Nothing at all,' is the answer. Former ministers Jack Straw and Malcolm Rifkind have been caught offering to sell the influence of their public positions

In his book Last Man Standing, Jack Straw, home secretary in Blair's government, claims to have made every effort to ensure factual accuracy. He has now been forced to admit publicly that some of his allegations were totally untrue. Peter Harris exposes some of the dirty tricks 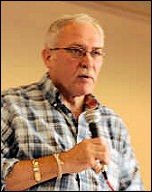 Brian Caton, Prison Officers Association (POA) general secretary recently decided to join the Socialist Party, after being a member of the Labour Party for many years. He spoke to Socialist Party industrial organiser Bill Mullins:

"I come from a family of nine. I was brought up in Barnsley, my Dad worked as a collier. I was always a rebel at school..."

"SORRY FOR letting kidnappers and torturers use our territory". This is what foreign secretary David Miliband should have said in his belated apology, writes Dave Carr

THE PRISON Officers Association (POA) special delegate conference met on 19 February in emergency session. They were hammering out what the POA should do in response to the Labour government's reintroduction of the Tories' 1994 legislation which makes strikes illegal in the prison service.

The Prison Officers Association (POA) shocked the government by going on a one-day strike on 29 August 2007...

Straw, the veil and racism

IN THE wake of the horrific 7/7 bombings last year, racist attacks increased by 600%, particularly against Muslims...

AS BUSH and Blair rain bombs down on Afghanistan, they also make big promises to rebuild the shattered country...

Organise Now To Stop The War

SOME POLITICIANS and military leaders now think that Bush and Blair's war against Afghanistan could last for years...

Home Secretary Jack Straw's response to the rise in asylum seekers in Britain has been to clamp down on so-called 'fake immigrants.' He suggests that "access to social security cash benefits in Britain acts as an incentive for many seeking a better life."NAOMI BYRON unravels some immigration my...