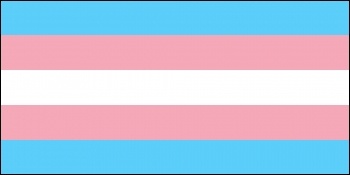 A transgender woman has died after courts sentenced her to 12 months in a male prison. Vicky Thompson was found dead on 13 November at Armley Jail in Leeds.

Despite advancements over recent years in the transgender rights movement, there are still many areas of society that have not advanced enough. Vicky had requested the judge send her to a women's prison - but this request was denied.

Vicky had been terrified of going to a men's prison. Reports say that while inside she experienced harassment due to being transgender. All this contributed to her tragic suicide at only 21 years old.

Earlier in November, sentencing of trans woman Tara Hudson provoked outcry and highlighted the vital need for reforms to recognise trans people's genders. See 'Transgender woman locked up in male prison by senseless courts' at socialistparty.org.uk for our coverage.

Sadly, Vicky's death underlines the urgency of this issue.

It was announced during Transgender Awareness Week - underlining the huge oppression trans people still face in society. At least 81 transgender people were murdered this year alone, the majority black or minority ethnic.

Trans people are often hit hard by cuts to services - as well as being more likely to face homelessness.

Campaigning to change transphobic attitudes and rules is essential. But this will only fully succeed by reversing the cuts - and fighting for a socialist society, free from capitalism's endless inequalities and crises.