An open letter from two Socialist Party branches (edited extract): We send Chris Williamson our solidarity against the unfounded attack on his reputation and unwarranted suspension.

We got a very friendly response from the majority of delegates

If the popular policies put forward at Labour Party conference are to be enacted, it will entail struggle 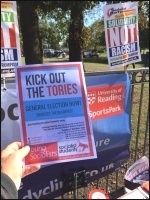 Socialist Party North West region organiser Hugh Caffrey reports great sales of over 100 copies of the Socialist at, and around, Labour Party conference in Liverpool this week. 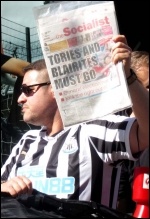