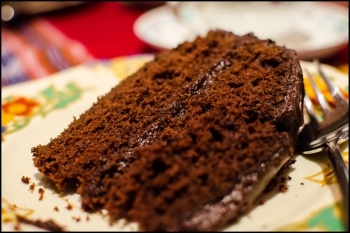 The title 'Cooked' doesn't exactly sound like essential political viewing. But in this adaptation of Michael Pollan's 2013 bestselling book of the same title, the author examines the contribution of cooking to human development and progress.

Still not sold on it? What makes Pollan far more insightful than many food writers is that he recognises the pressures on working people's time and energy, blaming these rather than individuals for poor eating habits.

In one episode, he comments on the impact of bread as a staple food, and how when prices soar, people - quite naturally - revolt against going hungry. He points to the role of this in relation to the French revolution and the Arab Spring.

The four-part series is broken down like the book into looking at the 'four elements' - fire, water, air and earth.

The first episode begins with Pollan drawing the same conclusion as Marx's co-philosopher Friedrich Engels in his essay 'The part played by labour in the transition from ape to man'. The discovery of fire, and its use to cook foods, especially meat, played a significant evolutionary role, limiting the amount of time our distant ancestors spent chewing, and opening up new possibilities for what they could consume.

The first episode deals with open-fire cooking as the most basic form, subsequent episodes deal with pot cooking - only possible after the invention of pottery - baking, and fermentation.

Pollan is particularly critical of the modern food-processing system, pointing the blame at techniques big business has used to cut costs, which also drive nutrition out of food. He sees the development of fortified bread and other such foods as a farcical attempt to reinstate these nutrients.

As he comments: "This is how capitalism works. It creates a problem, and rather than fix it, it creates a new business around that problem."

Pollan's weakness is that he doesn't go beyond this criticism of prevailing society, into a class analysis that points towards an alternative way of running things.

Socialists in particular have always stood for a reduction in the working week without loss of pay by sharing out the work, and the implementation of new technology to ease lives. This, combined with a network of affordable canteens and restaurants, would mean people could - like Pollan suggests is optimal - choose to cook for pleasure, rather than necessity.

Cooked is definitely recommended, as is the book the series is based upon, and Pollan's 2011 book 'The Omnivore's Dilemma'.