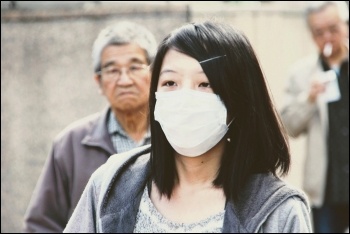 Worldwide, the number of dead and infected from novel coronavirus appears to have reached a peak. But fears persist that large numbers could still die because of the impossibility of knowing before the symptoms develop that someone is carrying the virus.

In Britain, nine cases have been diagnosed, including one at an event attended by 250 people including MPs and the minister in charge of buses. But so far no deaths have been reported. In France, there has been at least one death. Elsewhere in Europe, and in the US, there were no reports of deaths at the time of writing.

In the rest of Asia, where there have been a number of deaths, some new cases have been reported. The fate of hundreds of passengers from around the world on the cruise ship Diamond Princess moored off Yokohama, Japan is causing mounting concern.

In China itself, the total number of deaths was aggravated by the slowness of the authorities to react in the initial stages of the outbreak. In the first six weeks of 2020, around 1,800 died and 68,000 were known to be infected.

What looked like a massive 'spike' in the number affected by the newly named Covid-19 at the end of the second week in February was due to a redefinition of what counts as being infected by the virus. The rate of deaths occurring in China is now reported to be slowing. But shortages of basic equipment such as masks are compounding the problem.

In Hong Kong, where anger against the Chinese regime is already at boiling point, there have been mass demonstrations and even strikes by medical staff demanding that the borders with mainland China be fully sealed.

The Covid-19 crisis is far from over. It has already taken a greater toll than the Sars epidemic of 2002-03 which also started in China.

Many events, conferences and sporting fixtures are being postponed. Important parts of the Chinese economy are at a standstill, with a knock-on effect on industries in other countries, and on world prices of copper, oil and gas. There are justifiable fears for the effects on the health of world capitalism as a whole, which has hardly recovered since the economic crisis of more than a decade ago.

The Chinese economy is second only to the US in size and influence, but even before the present clampdown in economic activity and trade, its growth rate was slowing. This crisis will put heavy pressure on state resources, with big inroads being made into state coffers.

The way a government reacts to disaster - natural or man-made - can make or break it. China is a vast country, with the biggest population in the world, but one in which a multimillion-person state machine stifles initiative and fears the voice of the people.

A small but very rich elite rules in the name of 'communism' but generally operates according to the laws of the capitalist market. Fearful of losing its position, the plutocracy brooks no democracy or criticism from below, let alone democratic elections or peaceful protests. Last year in Wuhan itself, days of street protests over the siting of an incinerator close to people's houses were violently attacked by state forces.

When, at the end of last year, one lone medical professional attempted to warn the authorities that a potentially deadly epidemic was in the making, his findings were suppressed and doctors in Wuhan were also silenced. Time and resources were not immediately mobilised to contain the virus. It was seven weeks before Wuhan - a city as big as London - and the whole province of Hubei, with a 58 million population, were eventually 'locked down'.

When the whistleblower Dr Li Wenliang himself fell victim to the disease and died on 7 February, popular anger erupted. Even the country's Supreme Court criticised the Wuhan police for punishing Dr Li and seven other doctors who had raised the alarm online.

Millions of postings on Weibo repeated the hashtag "we demand freedom of speech". A well-known revolutionary song from Les Misérables - 'Do You Hear the People Sing?' - went viral as a form of protest at the authorities over Li's death and their incompetence.

Leading academics and commentators have joined an outcry against the suppression of news and the slowness of the country's president to make any public statements. As so often happens in authoritarian societies, it was lower-ranked officials whose careers came to an abrupt end.

Once it moved into action, many people were impressed by the speed and effectiveness with which it was able to mobilise the human and material resources to build hospitals. Although this was on the basis of bureaucratic command and appalling conditions for those workers, it indicates some of what could be possible in a socialist planned economy, on the basis of democratic control and decent conditions for workers.

But the question on the minds of many is whether the government's initial denial of the problem and the punishment of those who raised the alarm will have major political consequences?

As Yu Jie, a research fellow at Chatham House, writing in the Financial Times put it: "The tendency among bureaucrats to play down crises is deeply entrenched. And, ironically, the party leadership's recent push for greater bureaucratic accountability and its promise of stiffer punishment for those who take a 'do little' approach have also contributed to the habit of covering up disasters" (6/2/20).

But the Sunday Times' Peter Francopan warns: "For now, one would be brave to make predictions of sweeping social and political change in China as a result of the Coronavirus". (In fact, even last week, further arrests and disappearances of critics took place and 'refugees' from the dictatorship envisaged a life-time in exile.)

Comparisons have been made with the initial bungling and cover-up at the time of the horrific disaster at the Chernobyl nuclear power plant in Ukraine on 26 April 1986. Ukraine was a part of the so-called Soviet Union, being run by a massive, bloated bureaucracy in Moscow.

Estimates have put the number of fatalities and long-term health defects in the tens of thousands. On the one side, a widespread deficient safety culture was exposed. On the other, a massive containment and decontamination operation was undertaken by the state involving a quarter of a million construction workers.

According to Mikhail Gorbachev, the Soviet Union's head of government at the time, the cost of the clearing up operation was the equivalent of $35.7 billion, which virtually bankrupted the USSR.

The suggestion that Chernobyl spelt the beginning of the end for the bureaucratically run, state-owned economy in the USSR is not the whole story. Certainly, as in China today, it was a gruesome exposure of everything that was wrong with rule by an unaccountable and privileged caste in society.

But there are many significant differences. Gorbachev headed a state-owned economy that was grinding to a halt - starved for decades of the oxygen of workers' control and management of the planned economy.

In China today, statistics are still unreliable and zigzags take place in what the dictatorial state decides about banking, trade and the economy. But China is not the state it was for decades after the coming to power of Mao Tse Tung, with a nationalised economy.

Privatisation has been extensively carried through. The country's executive is made up of extremely rich oligarchs. Their main concern is to maintain power without an explosion from below.

Anger at the handling of the Coronavirus scandal has brought to the surface a smouldering resentment against the elite's dictatorial rule, hiding behind the so-called Communist Party.

Over recent years there have been countless reported and unreported 'incidents' of workplace and community protests. There have also been explosions of anger against the lack of democracy in local and regional authorities.

In this sense, although Chinese society today has a different character to that of the USSR at the time of Chernobyl, the coronavirus outbreak and the way it is handled could act as a turning point in Chinese politics. The government of Xi Jinping has already been severely discredited.

Protest can go from social media onto the streets of China's vast cities and be reflected in an accession of confidence among workers in the vast factories of this economic giant.

The coming weeks of a grave economic downturn and continued incompetence in dealing with a deadly epidemic could mark the beginning of the end for the present head of state and some of his team. Whether a widespread struggle for democratic rights ensues and an upturn in strikes develops remains to be seen.

The city of Wuhan is in the heart of China on the banks of the great Yangtse River. It has a proud history.

It is where the first shots were fired in the overthrow of the Chinese empire in 1911. It was the scene of heroic mass strikes and uprisings by workers and peasants during the revolution of 1926-27, betrayed into the hands of Chiang Kai Shek by Stalin.

Its population massively celebrated the elimination of landlordism and capitalism under Mao after the Second World War. Workers in Wuhan also fought for what they saw as workers' democracy at the time of the 'Cultural Revolution' in the 1960s.

Today the people of Wuhan are struggling to find a way of taking on the incompetent and self-interested rulers in Beijing. They, along with all working and young people, need independent trade unions and parties that oppose bureaucratic capitalism with demands for democratic rights - freedom of speech, of assembly, of the press, of organisation (trade unions and parties) - and for elections at local and national level where they can put forward the case for genuine democratic socialism.

A struggle of this nature is vital to cleanse government at all levels of bureaucrats and toadies, and elect representatives who are subject to recall when they fail to implement democratic decisions and who live on the same wage as workers. The fight has to be taken up boldly for the restoration of public ownership - this time, under democratic workers' control and management.