On 28 September a protest took place outside the London office of Kaz Minerals plc, demanding action to alleviate the suffering of that company's workers and its victimisation of activists.

Parliament protest against the anti-union bill

On 14 September trade unionists and activists came together to protest against the second reading of the Tories' anti-trade union bill, writes Paul Callanan.

The vicious anti-union bill is designed to shackle the unions 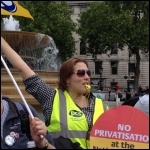 All-out action by PCS members at the gallery is being brought forward to 11 August. 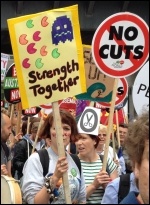 Kill the bill! Join the NSSN lobby of the TUC

If the many strikes and protests taking place were coordinated into a colossal movement against the anti-union laws and cuts, they couldn't be implemented. That would threaten the ability of the Tories to govern at all.

The gloves are well and truly off. The Tories have unveiled their Trade Union Bill, which is far more vicious than first trailed 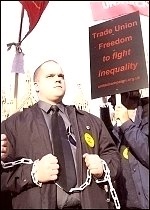 Britain's anti-union laws, already among the most restrictive in Europe, are set to get even harsher. Unions must be ready to defy them - and to call a general strike in defence of any union punished for doing so 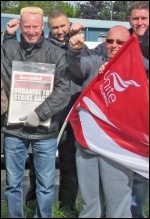 A strategy to beat the bosses