The Tories announced on 17 November their ten-point plan to tackle climate change, and reach a net-zero emissions target by 2050

While lauding the marvellous TV series Chernobyl, the capitalist press has gleefully criticised 'socialism', and even Corbyn, for the Ukrainian nuclear disaster

In what was obviously intended as a positive story on the nuclear industry, respected physicist Jim Al-Khalili took a camera crew into the nuclear complex at Sellafield in Cumbria 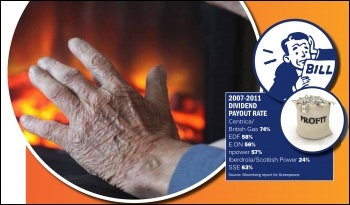 You want generous, guaranteed energy prices, fixed for 35 years? No problem if you own a French or Chinese multinational company. Bad luck if you're an ordinary consumer, writes Pete Mason.