Short stories from other sections and co-thinkers of the Committee for a Workers' International, the global socialist organisation which the Socialist Party is affiliated to. General strike in India, teachers' action in Pakistan, housing protest in Sweden.

Short stories on workers' struggles around the world including women health workers protesting in Pakistan, solidarity between Portuguese dockers and Welsh museum strikers and a tuition fees victory in Taiwan.

Until recently, the 'emerging' economies of the BRICS - Brazil, Russia, India, China and South Africa - were growing at a steady rate, writes Clare Doyle, Committee for a Workers' International (CWI). 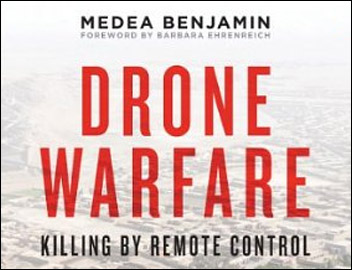 In September a garment factory inferno in Karachi's Baldia Town took the lives of at least 275 workers, including a number of women and teenagers, writes Khalid Bhatti, CWI in Pakistan.

US / Pakistan: The US government has announced a successful military assault on a large mansion in Abbottabad, near Islamabad, which has resulted in the killing of Osama Bin Laden, writes Tony Saunois, from socialistworld.net, website of the committee for a workers' international, CWI. (An edited version of this article appeared in The Socialist issue 669.)

THE FOLLOWING financial appeal has been circulated internationally by CWI socialists in Pakistan... 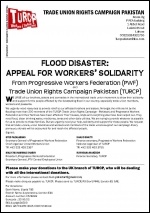 TWENTY MILLION people affected, over 1,600 dead and thousands face starvation, but the Pakistan government's incompetence has made the disaster worse.
The Trade Union Rights Campaign - Pakistan initiated the Workers' Relief Committee to coordinate aid to workers and activists.