The July-August brutal war on Gaza resulted in the slaughter of 2,200 residents. Since then the Palestinian communities in the occupied West Bank and annexed East Jerusalem have refused to return to 'normal' life under the occupation 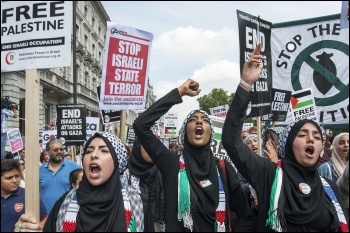 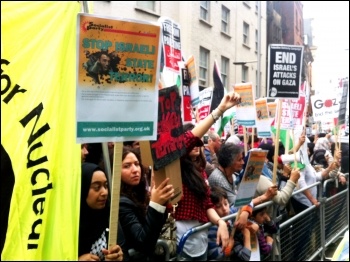 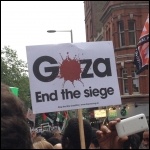 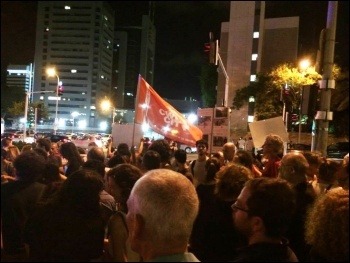 Protest in Tel Aviv against military raids: On 21 June dozens of protesters - Jews and Arabs, including Socialist Struggle Movement (SSM) activists - held a demonstration in front of the defence ministry in Tel Aviv

The butcher of Sabra and Shatila has died. Ariel Sharon, once known as the "Father of Israeli settlements", died after eight years in a semi-coma, following a stroke while still prime minister in January 2006

The Palestinian struggle - How can a state be realised?

As Israeli governments have progressively increased the number of Jewish settlers in the West Bank and East Jerusalem, eating into the Palestinian territories, more and more people are questioning whether a viable Palestinian state next to Israel is now possible

Over 10,000 people marched in London to condemn the Israeli bombardment of Gaza. 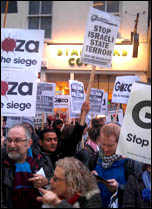 Men, women and children from one end of the Gaza strip to the other have been subjected to abject terror as bombs hit this narrow piece of land from the air and sea 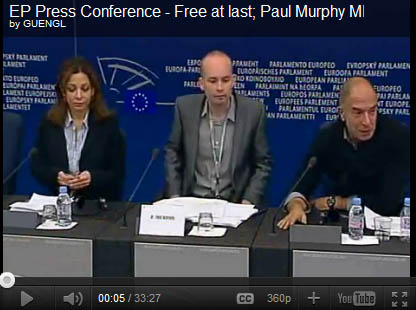 On 4 November Socialist Party Ireland MEP Paul Murphy along with other peace activists from the Gaza Freedom Waves Flotilla were arrested in international waters and held in Israeli prisons for one week... 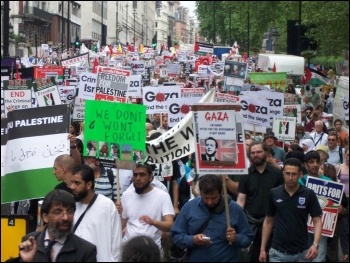 Israel: Mass movement erupts against the rule of capitalism

300,000 people flooded the streets of Tel-Aviv, Jerusalem and other cities in Israel on 6 August 2011 roaring: "The people demand social justice!"