"Yesterday we were under their spell, today they're under ours"

The privatisation of Royal Mail is deeply unpopular but clearly the biggest draw to this rally was the main speaker, Jeremy Corbyn.

On the very week Royal Mail reported a 12% rise in operating profits to £671 million, the newly privatised company was complaining about 'market competition' from the likes of TNT

The sell-off of the remaining publicly owned parts of Royal Mail was completed over the last week. This represents the sad passing of the last remaining form of publicly owned communications, writes Lenny Shail. 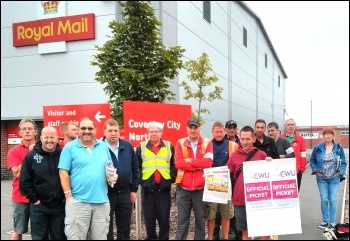 No to Royal Mail privatisation 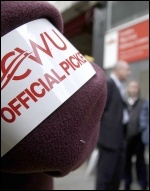 It is no surprise that the Con-Dems are rushing the privatisation of Royal Mail through as quickly as they can. They face overwhelming opposition. A Royal Mail worker writes.

No one crosses Royal Mail picket line - except managers