Jo Swinson has eagerly put her hand up for austerity, privatisation, fracking, war and the bosses' European Union

Walsall council, in one of the poorest areas of the west Midlands, is closing 15 of its 16 libraries. Sadly, this is just one of many examples of ruthless cuts which will deny young people a future.

Labour suffered a shock council byelection defeat that was seized upon by Labour's right to say Jeremy Corbyn is unelectable.

21. While increasing numbers of working class people dismiss all of the three big parties as 'the same', there is still another layer who will vote Labour hoping that they will at least be a little bit 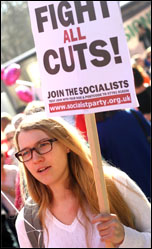 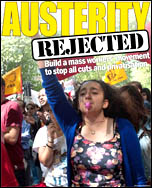 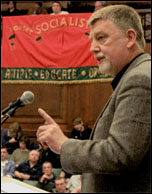 On Sunday 18 September around 800 protesters gathered in Birmingham to 'welcome' the Liberal Democrats for their annual conference, writes Tom Creek, Birmingham Socialist Party.

Liberal Democrats and the Coalition, Labour and the Greens

75) The government claims that it does not have a 'Plan B', an alternative policy in the event of its ruthless deflationary policy collapsing, as it will...

If splits at the top denote opposition from below, then the character of the divisions between the alleged 'partners' in the Con-Dem government means that a massive social and political revolt is brewing in Britain 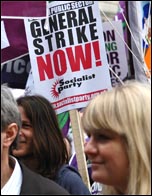 The Alternative Vote referendum - 5 May

A 'miserable little compromise'?: As Lib Dem and Tory MPs look on the referendum on the alternative vote (AV) in May with trepidation and anxiety, most people wonder what it is actually about