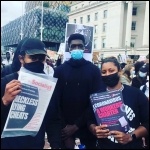 A sea of protesters, wave after wave, poured into Hyde Park 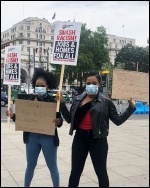 Our reviewer gives the BBC TV series the thumbs down, but recommends the original book

To mark Black History Month, Hugo Pierre looks at the historic struggle for black liberation and the lessons we can draw from it for today.

Football fans were shocked and disgusted when play was stopped twice during the Bulgaria v England Euro 2020 qualifying match on 14 October due to racist chanting from a section of Bulgarian fans.

Hackney Council Unite the Union is preparing to consult members on industrial action following the dismissal of the branch equalities officer, Natasha Johnson