At the instigation of the London Shop Stewards Network, an important meeting took place on 16 November, writes Greg Maughan.

Support post workers, this is no time to equivocate

A number of trade union leaders, MPs and other individuals (including Tony Benn), sent a letter to the Guardian on the post strikes which implicitly criticised the union as well as the management ... 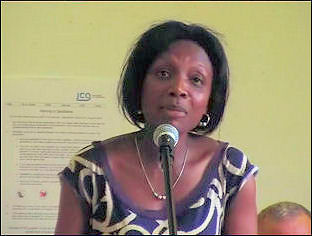 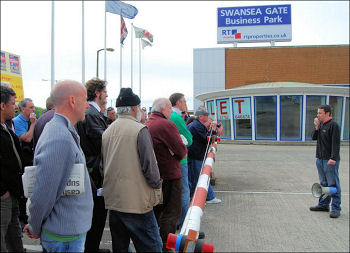 Rob Williams addresses Linamar workers at a rally in support of him, photo Sarah Mayo

ROB WILLIAMS, the Unite trade union convenor at the Linamar car components factory in Swansea, Wales, has won a stunning victory in his fight for reinstatement...

Rob Williams' unconditional reinstatement is a victory for all workers

Rob Williams, leading Socialist Party member and vice-chair of the National Shop Stewards Network (NSSN), has won his campaign against Linamar management in Swansea, who summarily sacked him without notice for an "irretrievable breakdown of trust"...

March and rally in support of Rob Williams

A victory at Linamar would be a victory for all workers

Editorial: The sacking of Rob Williams by Linamar bosses is an attempt to remove a major impediment to their plans to worsen the pay and conditions of the Linamar workforce...

Defending a shop steward, in spite of the anti-union laws

The 23 January started like any other day for me, I arrived at work at 6am. I work as a bus driver and I am a Unite shop steward. An argument started between a senior inspector and a fellow driver. As...

Many of the obituaries of Jack Jones in the capitalist press comment on his early life when he was fighting with the international brigade in the Spanish civil war against the fascists of Franco...

Welcome to the JIB!

Steve Acheson, blacklisted electrician, and a member of Unite, distributed this leaflet at the construction engineering shop stewards' meeting on 9 February...