Why I joined the Socialist Party by Annette Egan in Staines.

I have been a socialist ever since the day in 1984, when nine years old, I recall my father swearing about Maggie Thatcher during news coverage of the miners' strike.

Seattle's political revolution continues: At the time of writing, 55.5% of voters (15,054) in Seattle's District 3 have chosen Kshama Sawant of Socialist Alternative (US co-thinkers of the Socialist Party) to serve another four years on the city council.

Up to 1,000 working class fighters, socialists, trade union militants and young people discussed and debated, hammering out clarification on analysis and tussling with questions of tactics and tasks in 38 workshops and forums and in two massive rallies

The shift in the political landscape marked by Jeremy Corbyn's election to Labour leader will be central to discussions at Socialism 2015, an event organised by the Socialist Party, formerly Militant. 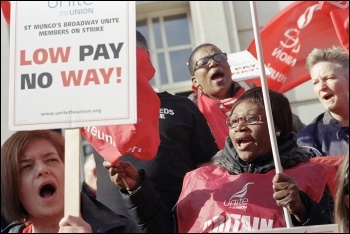 Pay victories celebrated at Socialism 2014: Socialist Seattle city councillor Kshama Sawant brought the house down at Socialism 2014 in London on 8 November.She spoke about her election victory and the successful campaign she led to win a $15 an hour minimum wage in Seattle 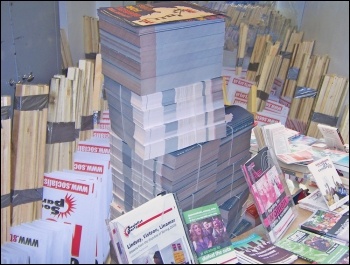 Placards, leaflets, book: Just some of the resources donations can help pay for 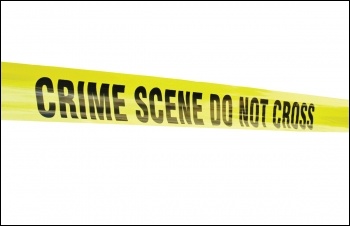 Come to the Rally for Socialism 2014: Stop thief! Five million robbed every day! It's organised crime

Russell Brand speaks up for people who need a voice in a society run for the 1%. We're told there is 'no alternative' to austerity - but there is. The 'Socialism 2014' rally has speakers with incredible records of struggle and victories for the 99%

August Bank Holiday weekend: The venue is on the A602, just off A10. Nearest station is Ware

Further to the reports in last week's issue of the Socialist on the hugely successful Socialist Party's annual weekend of discussion and debate, Socialism 2013, the Socialist has received some more positive feedback from readers 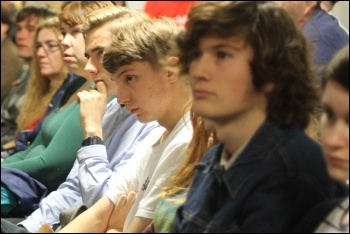 Socialism 2013 - reflecting a thirst for ideas

Socialism 2013 was a powerful tonic for everyone who participated. Taking place on 2nd and 3rd November and organised by the Socialist Party, it comprised two large inspiring rallies and dozens of lively discussion sessions and forums. With around 1,000 people taking part over the weekend it isn't surprising that many sessions were overflowing.