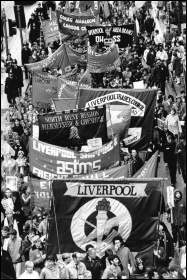 It wrote: "The Trotskyites and others of the hard left who run Liverpool have had the best of the fight with him in their threat to defy the law on that city's overspending." That headline was just one of the reactions to the Militant-led Liverpool city council's success in securing funding worth £60 million from the Thatcher government on 9 July 1984.

Socialist Party member Tony Mulhearn, one of the leaders of that epic struggle and one of the 47 councillors, who were surcharged and disqualified from office in revenge for their humiliation of the Tories, writes.

The victory which secured the extra funding enabled the council to carry out its electoral programme. This included the building of 5,000 houses, opening six new sports centres, creating 2,000 jobs and refusing to carry out £10 million-worth of cuts. These cuts had been the legacy of the Liberal/Tory alliance which had ruled Liverpool for the previous 20 years, with a short interregnum of Labour rule.

This victory was particularly significant as, like now, it occurred at a time of national and global capitalist upheaval. An additional factor now is the mind-boggling revelations about the greedy bankers stuffing their pockets with gold.

The latest fat-cat payouts dwarf even those paid out last year: Barclays' Rich Ricci, for instance, picks up a tasty package worth £44 million, Bob Diamond picks up £27 million, and that loot is not the biggest.

Against these figures, the frame-up against the 47 by the district auditor, who charged them with losing the Liverpool rate payers £106,000 was truly grotesque.

The passage of time has not diminished the achievements of the 47, nor undermined the importance of the struggle. In spite of the distortions of establishment spokespersons, aided and abetted by the lies of right wing parliamentarians and trade union leaders, the record of the 47 remains stubbornly intact.

The Liverpool struggle had as its background the Thatcher government's dislike of local government or, more precisely, Thatcher's antipathy to locally provided public services, an outlook shared by the present millionaires' cabinet. The Tories' programme, when they were elected in 1979, included using the device of the block grant system which penalised local authorities that exceeded government's prescribed spending limits; for every £1 breach of expenditure, £2 would be lost in rate support grant. 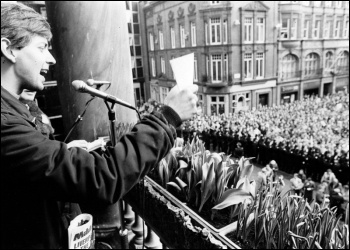 Initially, all Labour-controlled local authorities had agreed to support a campaign against this policy. Amongst the leaders of this campaign, it is incredible to recall, were David Blunkett and Ken Livingstone.

So, the government's policies meant that in order to balance the books a local authority would either have to increase the rates, sometimes massively, to compensate for Tory cuts, or savagely cut back on jobs and services. Again history repeats itself, now on a more savage level.

The Liverpool District Labour Party's policy was to reject both of these options and instead to carry out its electoral promises. In the elections of 1983 a key component of the party's electoral programme was "No rate or rent increases to compensate for Tory cuts."

The massive financial crisis which the 47 inherited was seen as a reason for the implementation of the electoral programme rather than, as is usually the case in British politics, a reason to retreat.

But the victory was not achieved merely by slick negotiation between the councillors and Patrick Jenkin. He was conscious of the magnificent electoral support, as well as the physical support, shown by the great demonstrations that marched through the city in support of the council's policies. 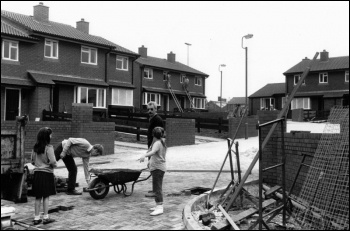 The demonstration on budget day in March 1984, when a one-day strike took place, was supported by 30,000 local authority workers. 50,000 marched through the city in support of the council's proposed deficit budget

The support for the council was based on concrete changes, for the better, to people's lives. Moreover, the spin-off effect of the city's housing programme on employment had been publicly recognised by building companies who are not usually friends of Labour. In the three years from April 1983 to May 1985 it was estimated that 6,489 jobs had been generated in the private sector as a result of the house-building programme.

Also the Liverpool 47 attracted the highest Labour vote in history. Higher than any election since the war, even though the population of the city had declined from 700,000 in 1945 to 460,000 in 1983. While the turnout for local elections in previous years had ranged from 11% to 20%, the turnout between 1983 and 1987 was 45% to 55%. A clear message that if policies which correspond to the needs and aspirations of the working class are implemented, then the support will be forthcoming. 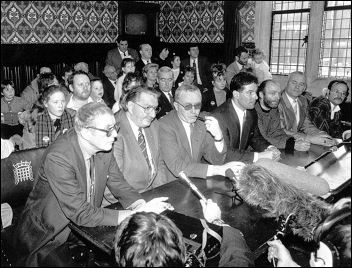 In spite of its unparalleled record of achievement, the power of the state eventually prevailed. Thatcher's district auditor, supported by the House of Lords, removed the 47 from office, cheered on by the Labour leaders. Neil Kinnock, then Labour leader, and his lieutenant, witchfinder general Peter Kilfolye, finished the job on behalf of the capitalist state by expelling the majority of the 47 from the Labour Party.

Since then many gallons of ink and newsprint, and speeches by right-wing charlatans have attempted to denigrate the 47's period of office. But the record has been written in concrete and stands as a monument to the socialist achievements of the Liverpool city council of 1983-87.