Staines Socialist Party members are seen by many as the 'go to' people on issues like fighting cuts in local services, and campaigns against racism and discrimination, such as Black Lives Matter (BLM)

In 2015 I had a major heart attack. It is fair to say that the NHS and their dedicated staff saved my life.

Like Hillsborough, the campaign for truth and justice for Zane Gbangbola is proving to be a long haul

"We have endured the most astounding catalogue of abuse from authorities, but still we fight for justice"

Why I joined the Socialist Party by Annette Egan in Staines.

A potentially traumatic health crisis recently showed Socialist Party and trade union activist Paul Couchman that the NHS is still functioning well at weekends, thanks to NHS staff, not to Tory cuts.

In Spelthorne we got 176 votes, but you could hear a pin drop when I warned the mainstream parties of the links we have built with local trade unionists who will fight the cuts to come, writes Paul Couchman, Trade Unionist and Socialist Coalition. 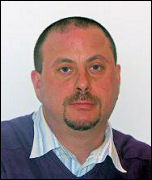 AS THE Trade Unionist and Socialist Coalition Candidate for Spelthorne in Surrey, I delivered our 43,800 election leaflets to the Royal Mail last week, writes Paul Couchman.

MOST RESEARCH suggests that the general population is living longer. Advances in science and healthcare mean that more conditions are treatable and many people with previously life-threatening conditions...