Workers' struggle undermined by bankrupt union leadership: Although it was a battle fought a generation ago, its lessons are just as relevant for our movement today

Chancellor George Osborne's pet austerity apologists at the Office for Budget Responsibility have released figures predicting wage growth of just 6.2% over the decade to 2020. This is less than half the 12.7% growth from 2000 to 2010.

Strike together to Kill the Bill

Action gets results: The trade union bill being rushed through Parliament aims at removing any effective opposition to the Tories' austerity agenda. 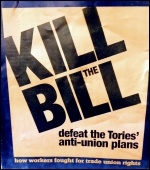 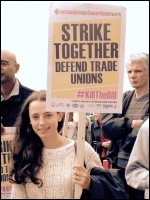 100,000 people marched through Manchester on Sunday against the Tories 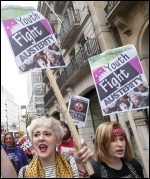 On 4 October thousands will throng through the streets of Manchester to demonstrate against a vicious government of the rich. As the popularity of Jeremy Corbyn's Labour leadership campaign has shown, big numbers of people want an alternative to austerity.

The potential difficulty for the Trade Union Congress in developing a serious strategy to defeat the anti-union bill could be seen by the leaders' reservations to call strikes against it.