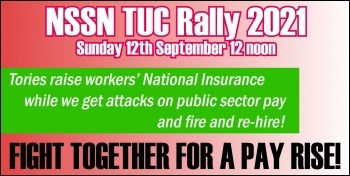 This year the Trades Union Congress (TUC) conference meets at a crucial time. Millions of workers face further attacks looming in the autumn - the end of furlough, a £20 per week cut in Universal Credit,

The TUC calls for a Recovery Council

There should be no blurring of class lines