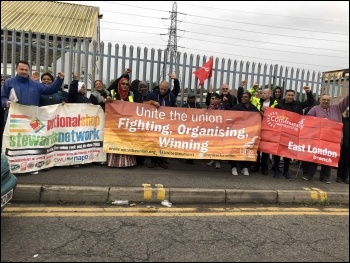 The workers, through their union Unite, launched a campaign demanding financial recognition for working split shifts. Such payments were abolished as part of a 'single status' agreement many years back when local authorities attacked pay and conditions in the name of equal pay - in reality an exercise to level down pay.

To their immense credit, the workers launched a fight to start demanding that money back. After refusing to negotiate initially, then making some laughable offers, the employers were forced to concede due to effective strike action and picketing. The offer includes an annual, consolidated lump sum.

In true democratic fashion, the decision was made on the picket line - no calling off action, pending consultation. Action only called off when decided by the workers.

Unite regional officer Onay Kasab said: "The workers who won this dispute are an example to low-paid local government workers - you can fight and you can win".