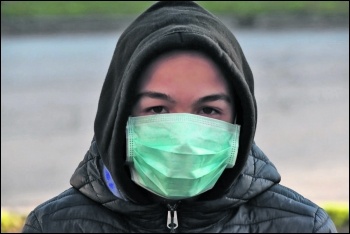 The government has finally announced its plans to allow students in England to travel to their non-term time addresses for Christmas. The plans have been imposed on students with no consultation, generate even more uncertainty, and do nothing to alleviate the stress of those currently trapped in student halls.

The plans place an enormous burden of work on university staff with few, if any, resources allocated by the government to support the operation, and next-to-no time to do it. Students will be allocated a 'travel slot' anytime from 3 to 9 December.

The government is allocating a limited number of 'rapid result' Covid tests. But not all students are being tested before they travel. Consequently, students are actually deterred from getting a test, through fear of being forced to self-isolate for another 14 days.

All students were sent a letter from the university minister at the start of the England lockdown, urging them to remain at their term-time address. Now they are being told that, as soon as that lockdown ends, they must travel on a date and time given to them, regardless of personal circumstances, including work and other commitments.

The government has told universities to work with businesses "to discourage opportunities for students to socialise" prior to their travel slot.

Students face a month of lockdown in their rooms, with only minimal in-person classes, and limited possibility to socialise at the end of it, whether or not they actually intend to leave campus over Christmas. Understandably, many are simply ignoring the government's plea and returning home now.

It should be possible for students to safely travel between their term-time and home addresses with no academic detriment. But the privatised test-and-trace system has failed.

Test-and-trace must be brought back into the public sector, fully funded and with the democratic oversight of workers, the community and local authorities - and not run for profit.

University bosses are determined some in-person teaching goes ahead up until the travel window, so they can justify £9,250-a-year tuition fees and huge accommodation rents. It is motivated by desperation to get hold of students' cash at the expense of our health and safety.

We need free education and democratically decided rent control on housing. We need democratic staff and student oversight of the return plans and teaching provision for after Christmas.