Why I'm standing for TUSC in Middlesbrough 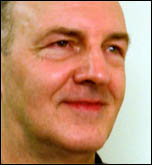 The council is now faced with making £50 million of cuts over four years. Quite rightly Malon stated that "these cuts will affect everyone, no one will be immune".

Services affected include libraries, residential homes and a factory employing disabled people. The Labour council blames the Con-Dem government, but it has failed to seriously oppose and campaign to stop the cuts.

Six of Middlesbrough's 23 electoral wards are among the most deprived nationally. Middlesbrough historically had an economy based on heavy industries and chemicals.

Most of this has disappeared. The area felt the full brunt of the Thatcher era with the demise of manufacturing.

Service industries now account for 88.2% of local employment. Middlesbrough has an unemployment rate of 14.5% (July 2011 - June 2012), the highest in Britain and almost double the national average.

These are some of the reasons why Trade Unionist and Socialist Coalition supporters have decided to stand in the byelection on 29 November, called due to the death of Stuart Bell, the former Labour MP. Labour has done nothing for the people of Middlesbrough to fight the Con-Dem cuts.

We are standing to show that there is an alternative to austerity. As an NHS worker and trade union activist I see on a daily basis the impact the cuts are having on public services as well as on the health and wellbeing of some of the most vulnerable. If elected I will only accept the wage of a skilled worker.

Its backers include the RMT transport workers' union, leading members of other trade unions including the PCS, NUT and POA, the Socialist Party and the Socialist Workers Party.