40 hardy souls from the Hands Off HRI campaign braved the bitterly cold and snowy weather at 6am to climb aboard a coach from Huddersfield to London to meet with Jeremy Corbyn and shadow health secretary Jonathan Ashworth on 28 February.

Rotten establishment must go: Revelations could still trigger the collapse of this weak Tory government - and as we predicted, they affect all the major parties

Talk of Britain 'going to war' with Spain, EU politicians telling each other not to 'lose their cool' - can all seem surreal. The chaos shows that there is no cohesive approach to Brexit within the British or European ruling classes

Short reports on some of the attacks on the NHS.

John McInally looks at how the TUC reacted to the trade union laws and what comes next.

It's one world for the super-rich, and another one for the rest of us. New Duke of Westminster inherits billions; private landlords received £9 billion last year in tenants' housing benefit. 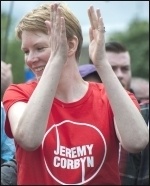 Lording it up...: Spare a thought for stricken peers who can't survive on their pitiful £300 a day allowance. Baron Farmer of Bishopsgate has spoken up for insolvent lordly colleagues. 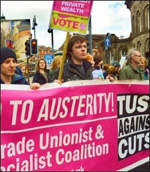 Resist the Tories and the Blairites: The majority of ordinary people will have cheered when they saw that shadow chancellor John McDonnell reversed his position and pledged that Labour will vote against the Tories' charter for fiscal responsibility.

Money-grubbing Labour MP Pat McFadden has claimed over £21,000 expenses - to rent a house next to one he owns! The shadow Europe minister has access to three homes.

Anti-cuts MPs would only take average wage of a worker

In response to the latest Westminster scandal, the Socialist Party argues that what is urgently needed is a party of a completely different type

On 24 January, the Trade Unionist and Socialist Coalition (TUSC) is meeting to discuss the 2015 elections. Clive Heemskerk, TUSC national election agent, puts the case for the biggest possible challenge in both the general election and local council contests on 7 May 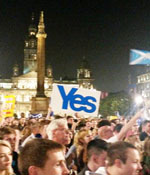 Voting Yes in Scotland's referendum became, for many, a mass revolt against austerity. The capitalist class - major corporations, most of the media and the Westminster politicians - united to predict Armageddon if a majority voted Yes