As previously reported in the Socialist, the Department for Work and Pensions (DWP), which oversees the payment of unemployment benefit to millions, had previously eased the requirements for claiming Universal Credit

Nat West bank made an ultimatum to a Belfast landlord seeking to remortgage their buy-to-let flat - either evict your vulnerable older tenant or seek a mortgage elsewhere.

Tory caps on housing benefits have left thousands of families with only 50p a week for rent.

Phone lines for the Tories' new 'Universal Credit' reduced welfare system are not even free. Empty-handed benefit claimants must fork out between 12p and 45p every minute to discuss their cases. 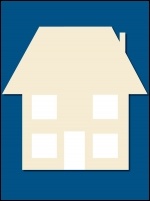 A survey carried out by the TUC earlier this year revealed that people believe, on average, that 27% of the welfare budget is claimed fraudulently, writes Ben Golightly.

Tories and press use Philpott case to attack 'welfare culture'

An advice worker explains what life on benefits is really like..

22. In a shameful fashion Cameron has sought to split the working class on the question of cutting benefits...