It's one world for the super-rich, and another one for the rest of us including bosses' profit, unpaid overtime, shrinking retail products and life expectancy. 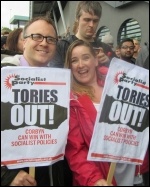 For the first time in the eight years that I have been a representative and activist with the Communication Workers Union (CWU), there is a Labour leader who is unapologetic in his support of trade unionism, writes Carl Harper, CWU shop steward (personal capacity).

Working class political alternative needed to drive him out: President Trump's firing of FBI Director James Comey has led to a spiralling political crisis in Washington 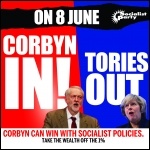