For decades, trade unionists, shop stewards and socialists suspected there was an active blacklist and that 'spycops' infiltrated trade unions. 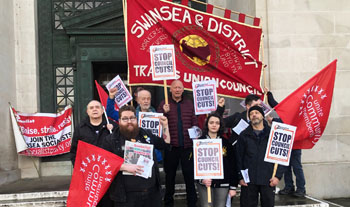 On 24 July, The Guardian published an article revealing that Thatcher's government worked with MI5 and Special Branch to draw up a blacklist of civil servants deemed to be 'subversives'.

Short reports on some of the latest trade union struggles including the latest in the Fujitsu dispute, a blacklisting protest and the result of the RCN ballot.