"Thanks to Margaret Thatcher, who closed so many coal mines across the country, we had a big early start and we're now moving rapidly away from coal altogether"

History as written by the bosses: 'Mrs Thatcher vs The Miners, the Battle for Britain', a documentary recently screened on Channel 5, is a transparent attempt by the bosses to rewrite history

In early 1936, a then unknown George Orwell was commissioned by the publisher Victor Gollancz to travel to the north of England to research 'the conditions of the working class' 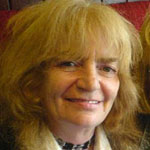