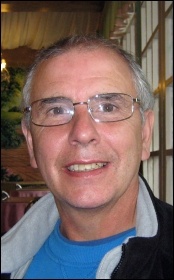 He had been removed from duty on 1 May during the general election, and then suspended for three months.

All this occurred during the Royal Mail Revision, ongoing since the latter part of 2014, which has just resulted in Royal Mail decimating delivery jobs and conditions.

It is no coincidence that with John out of the way, the Wakefield office is increasingly run by a threatening management, placing unmanageable workloads on a reduced number of postal workers.

Having 25 years' service at Royal Mail, he has good support from the workforce in his battle for reinstatement. They understand that his dismissal is a stitch-up and his absence during suspension was used as a pretext to drive through cutbacks.

The CWU is right behind him and the local National Shop Stewards Network has added their help. Currently awaiting an appeal, his reinstatement campaign is gathering pace.